Welcome to the Elysium recruitment thread! Elysium is a veteran tribe on the Den that primarily focuses on merchanting and PvE activities. Though we are no strangers to the art of war, we prefer to build up our defenses and peacefully coexist with the other tribes and clans that claim the Den as their home. We are seeking prospective members who meet our requirements, which you will find explained in detail below!

Elysium (Ely-si-um) - roughly translated Latin into English means Paradise or the abode of the blessed after death in classical mythology. Elysium has been around since late 2015 - early 2016. Initially starting out with three core members; Brenton, KarliKarhaze, and HonorLoyalty821, the tribe has always primarily focused on building up its defenses and merchanting. As time passed on, other people from the Elysium group gave Ark a try and so passed through the tribe at some point or another. After a break from the game, Brenton returned in early 2017 to once again open the tribe on the Den and enjoy the community!

After the return, Brenton was solo until he joined up with Adaylin (Formerly of Blackrock/Currently of WB.). Becoming fast friends, Brenton and Adalyin built Elysium into a powerful force and became extremely successful as a merchanting tribe.

In this wipe of the Den, Brent is seeking new members!

We would like to thank you for taking the time to review our recruitment thread! If what you've read above has interested you, please feel free to respond to this thread, send a PM to Brent147 here on the forums, or reach out to one of us in the Den, Discord, or via Steam. (Please be aware that each tribe is limited to a total of 6 members at any given time and that our roster may be full.) We look forward to meeting you!

(*Disclosure: Elysium reserves the right to deny membership to anyone with or without a reason provided.)

I'm interested in applying for Regium, I know you're currently full but would like to submit this so it can be seen as soon as a space opens up. I meet all requirements. 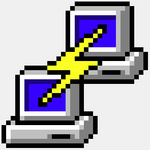 I'm interested in applying for Regium, I know you're currently full but would like to submit this so it can be seen as soon as a space opens up. I meet all requirements.

Daru, we have an opening. Can you come on Discord?

Brent is a boss, he lives in a castle. 'Nuff Said.

In light of the new season approaching, I am seeking new members for Elysium. Feel free to make an expression of interest here

We are currently full up on members and alliances.
If you have any interest, we encourage you to post here.
<3