Kingdoms is a system for players that gives PVP players a way to "win" the current cycle/season.

MEADOW BUILD/TRIBE LIMITS
Any tribes found to be over these limits face admin intervention.
• 130 Tames per tribe (cryopods not counted)
• 2 Bases MAX
• 2 Small outposts (resupply posts with minimal footprint and no more than 5 tames) per tribe
• DO NOT "LAND GRAB" gating in large areas that are empty can earn you a warning.
Be aware of how much land you claim based on how much you'll use and need. It helps to start smaller and expand as needed.
-NO MEGA BASES, 130+ tames should never all be housed in 1 mega base active (un-cryopodded) on map
-Keep less than 130 tames at one base! (doesn't matter what tribe owns them!)
• Cryopods are available and can be used to store extra creatures and not count for these limits.

BY PLAYING ON THE SERVER YOU ACKNOWLEDGE THESE RULES AND PROMISE TO ADHERE BY THEM.
Any dinos found to be used with harassment and glitching/exploiting are subject to being erased. Players found to be breaking server rules will first be issued a warning, any further offences may result in kick/ban(s). Depending on the severity warning may be skipped and result in a ban.

IF YOU SEE ANY ONE BREAKING THESE RULES
Document it, screenshot it and contact admin AS SOON AS POSSSIBLE!
Send in a report: Report Players form. 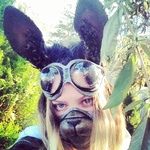